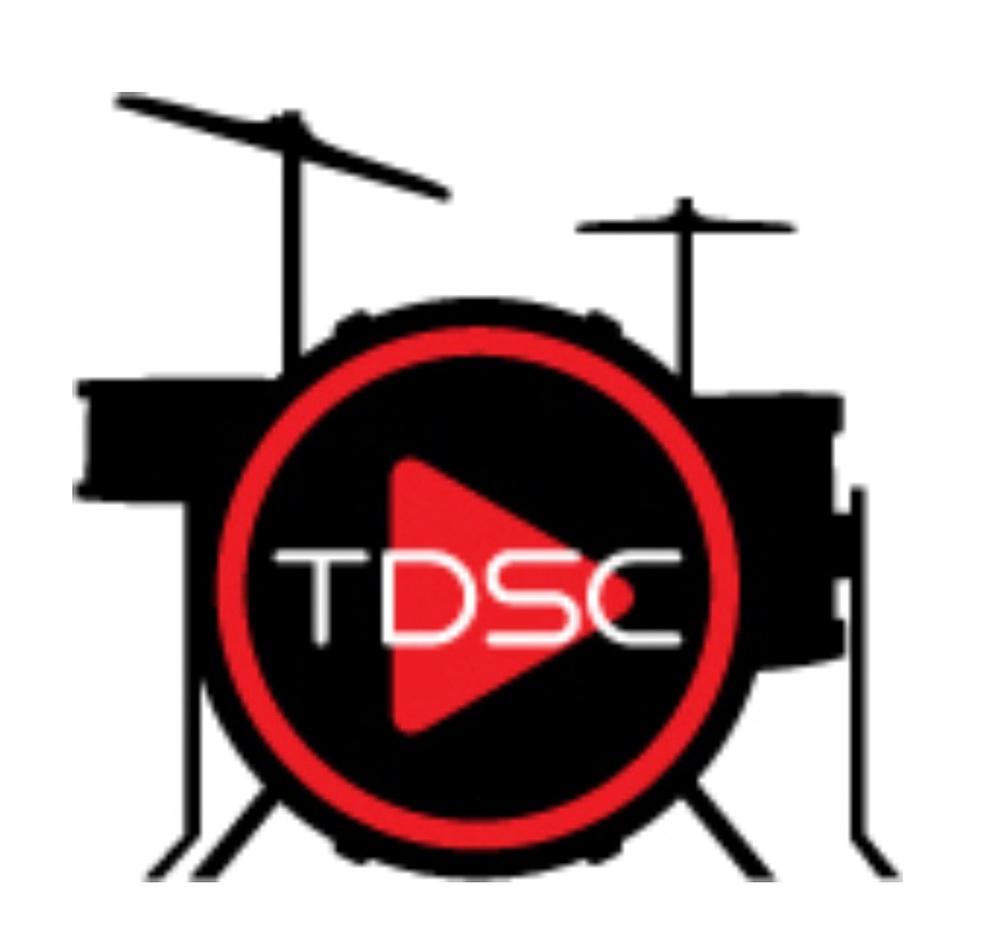 About Henrique Gear My Library Contact Us PRIVATE LESSONS Login 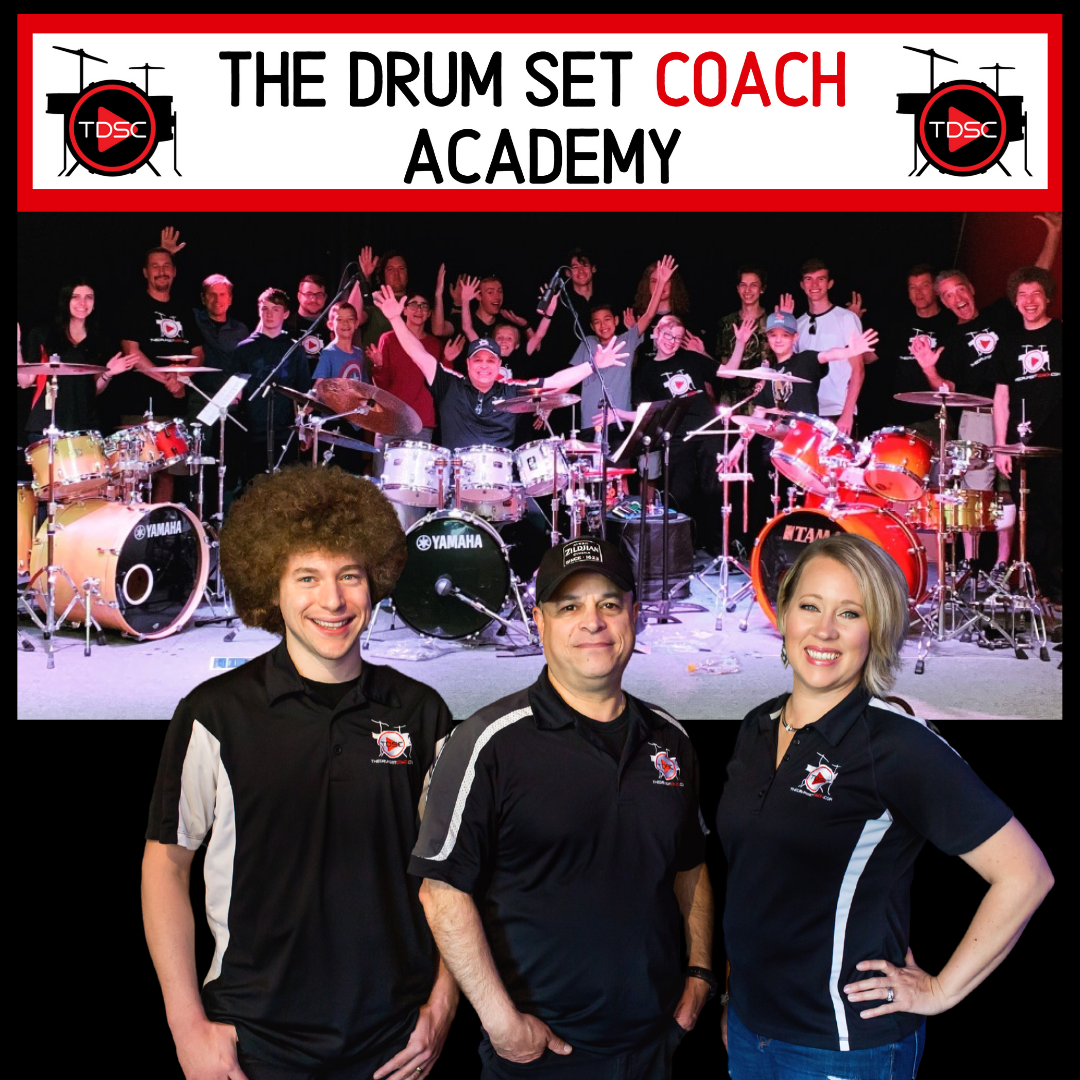 Need Help With Your Upcoming Audition?

You will get audition tips from a Berklee Professor who has auditioned hundreds of students. 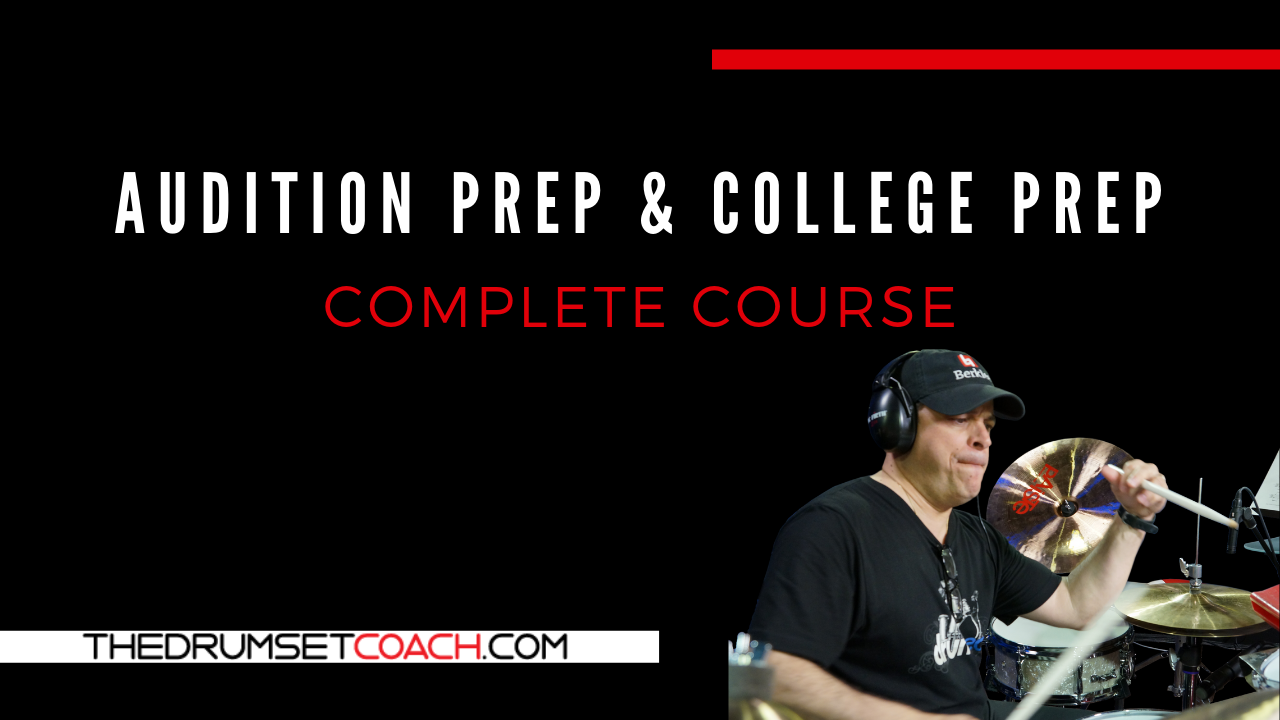 We won't send you useless emails or spam.  Promise.

Meet The Members of The Truth Project Band 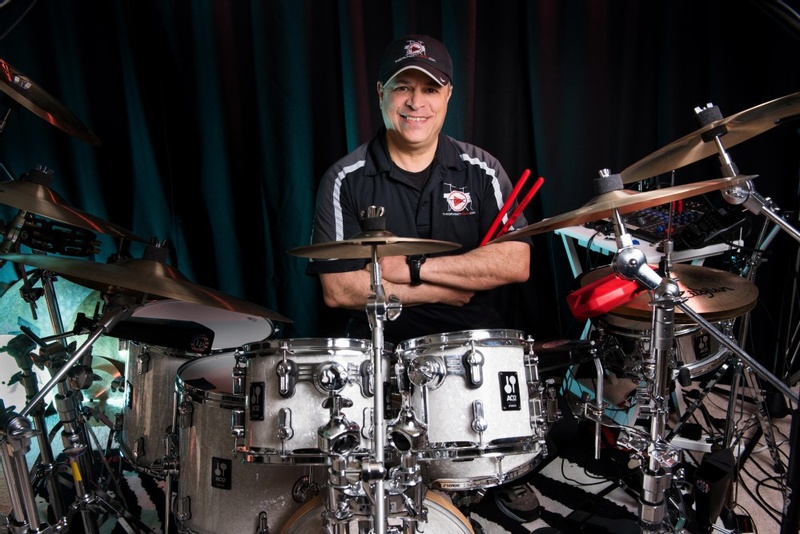 Professor De Almeida holds a Master’s Degree in Music Performance from The University of Southern Mississippi. He is also a graduate of The Berklee College of Music in Jazz Composition. He is the leader of his own groups. Triplicate Jazz Trio, and the Jazz Fusion super group, The Truth Project Band. Henrique sponsored by Humes & Berg drum cases, Sonor Drums, LP Percussion, DW, Vic Firth Sticks, Zildjian cymbals, Evans drumheads and Earthworks Microphones. An accomplished author and published clinician Henrique’s educational products are often ranked high in Modern Drummer Magazine (Rated 4.5 star- Double Bass Integration for The Jazz Fusion Drummer) his books are an integral part of the Berklee College of Music curriculum and are currently available through the top publishing companies such Berklee Press, Hal Leonard, Carl Fischer, Amazon.com and online schools such as Drumeo-Canada. In 2017, Henrique became the music director and president of the online school TheDrumSetCoach.com 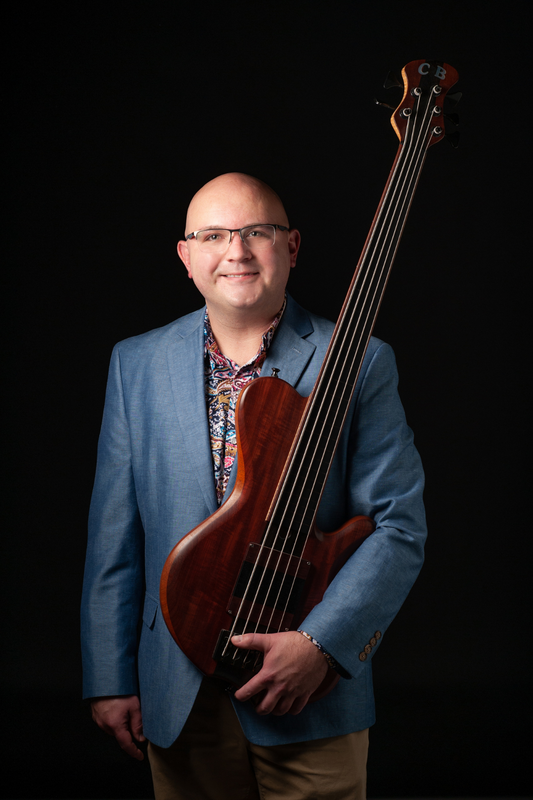 Colin Trusedell is a national touring upright/electric bassist and educator. He is also the lead Booking Agent for MyShowsLive, a full service national booking agency, and the Director of A&R for MyShowsLive Records, an independent record label specializing in jazz, funk, and fusion music. His award winning recordings have been reviewed and featured in Downbeat, Jazz Times, Bass Player Magazine, Bass Musician Magazine, All About Jazz, and many other national and international publications. He is also the host and bass player for the “Colin Trusedell Jazz Jam” radio show available as a podcast on iTunes and Podbean. For more information and music visit: www.colintrusedell.com 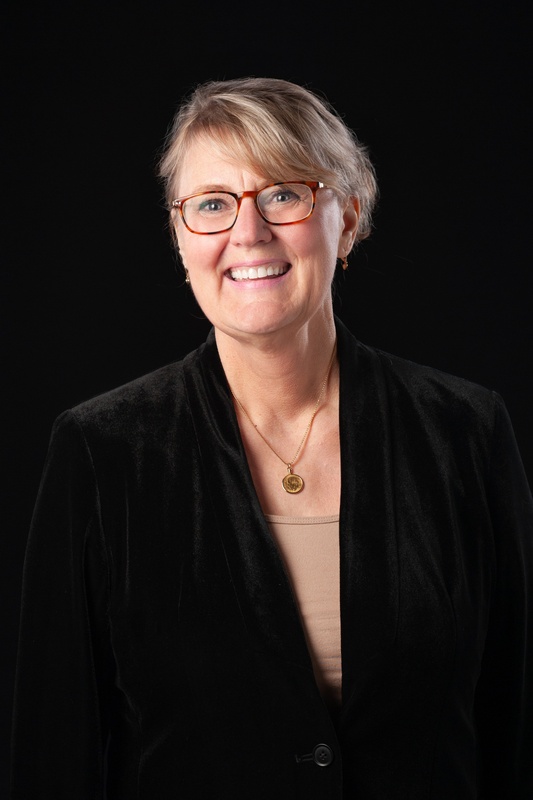 Christine has recorded jingles for companies including Maxwell House, Anheuser Busch, Circle K and Ramada Inn. She has backed Marylin McCoo, Darius Rucker, Clay Aiken.  Christine has taught vocal and instrumental jazz at UCCS, Washington University, Webster University, Concordia College, MNState Moorhead, University of Wisconsin, Eau Claire and Iowa Western Community College where she was the Director of Instrumental Music. Hitt was a member of the USAF Band of Mid-America early in her career and is currently the Director of Protestant Music at the United States Air Force Academy in Colorado Springs. 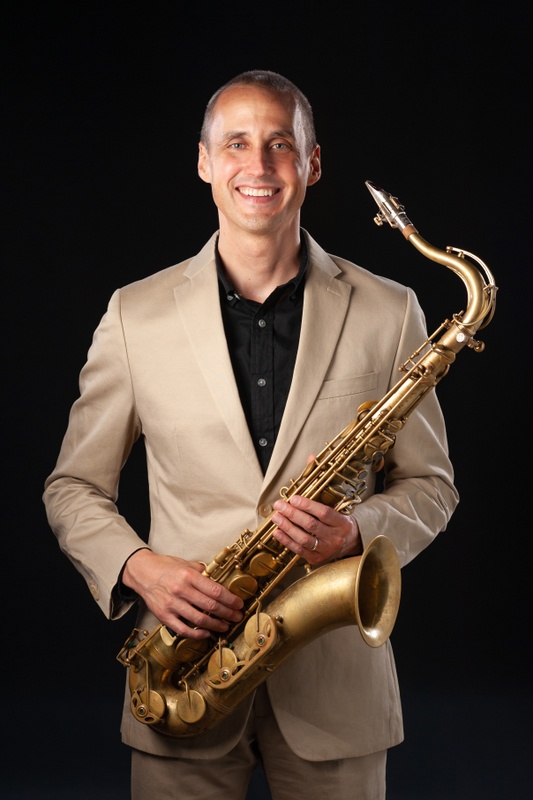 Ricky Sweum is an American jazz saxophonist, recording artist, composer, educator, and music producer.  He is known for his eight solo albums, ambient sax nature soundscapes, appearing as a sideman on over 30 albums, and his 17 years of performing with and leading U.S. Air Force Bands.  Ricky is an official P. Mauriat saxophone endorsing artist.

Ricky utilizes the power of music to bring harmony to the world. 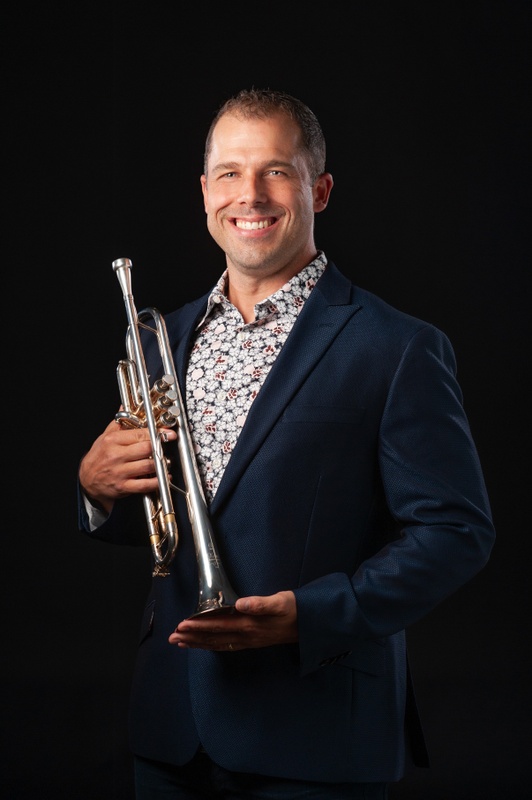 Benjamin is a trumpeter, recording artist, composer, and educator living in Colorado Springs, CO. In the last 20 years, he has earned an impressive resume of performance credits as well as teaching appointments and has proven to be one of the most highly sought-after performers and educators of his generation.

Equally at home in a multitude of musical idioms, Benjamin has visited 20 countries and every state in the union to perform with a rainbow of artists and ensembles including Steve Martin, Christian McBride, Robert Glasper, Kevin Mahogany, Jason Moran, Warren Wolfe, Eric Reed, and the Hollywood Bowl Orchestra. Additionally, Benjamin was a critically acclaimed soloist, dancer and actor in the Tony Award winning Broadway show Blast!, performing at the esteemed Queens Theatre in London and many other major venues across the world.

If you're interested in hiring this band for private events, public performances or masterclasses, please contact Erika De Almeida at [email protected]

I will help keep you accountable so you get the results you need.

Not sure what to practice?  Have you bought a TON of drum books but none of them have given you the results you need?  My goal for you is to keep you accountable and focused in your drumming.

Whether you're getting ready for a college audition/placement audition or wanting to improve your hand technique or learn how to get paid in the music business, I'm your guy.  I've helped thousands of students over the past 30+ years and I know how to get you results. 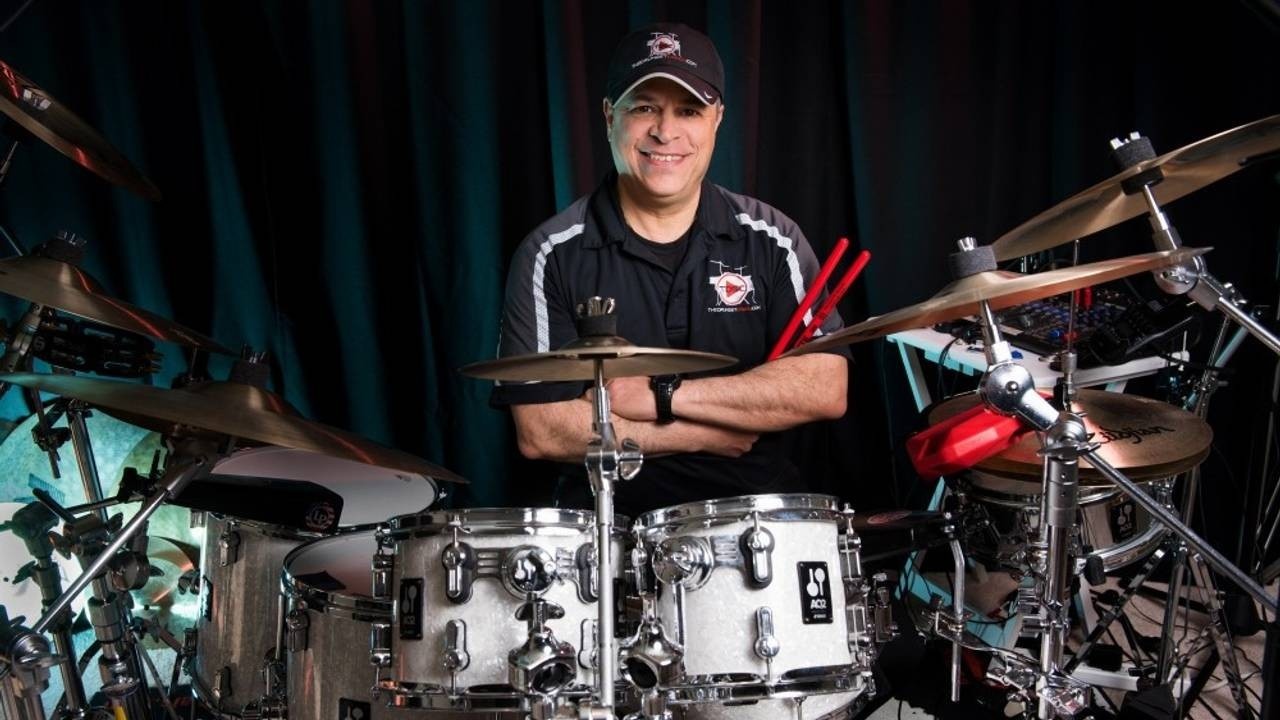 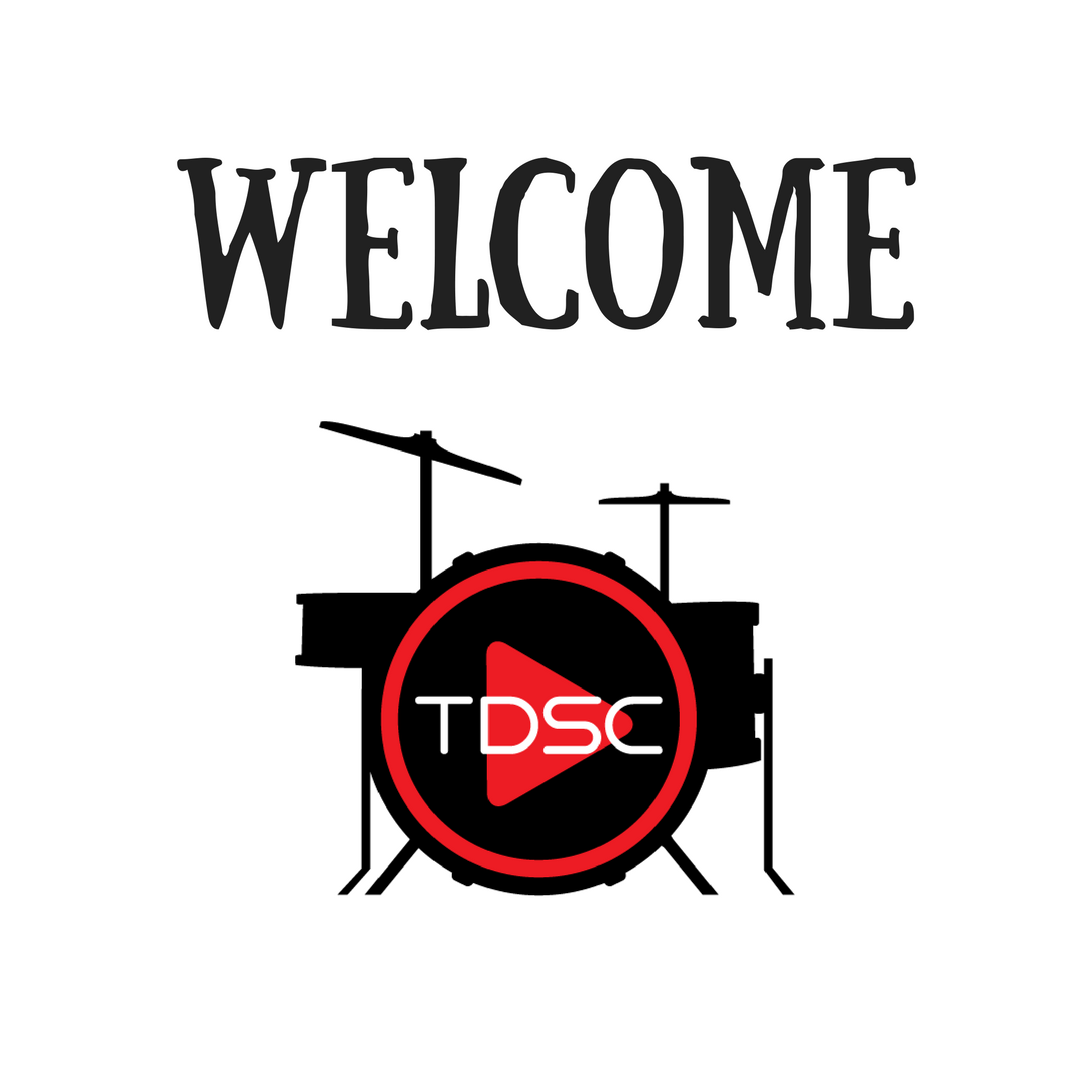 Enter your info below so you can get your video lessons. 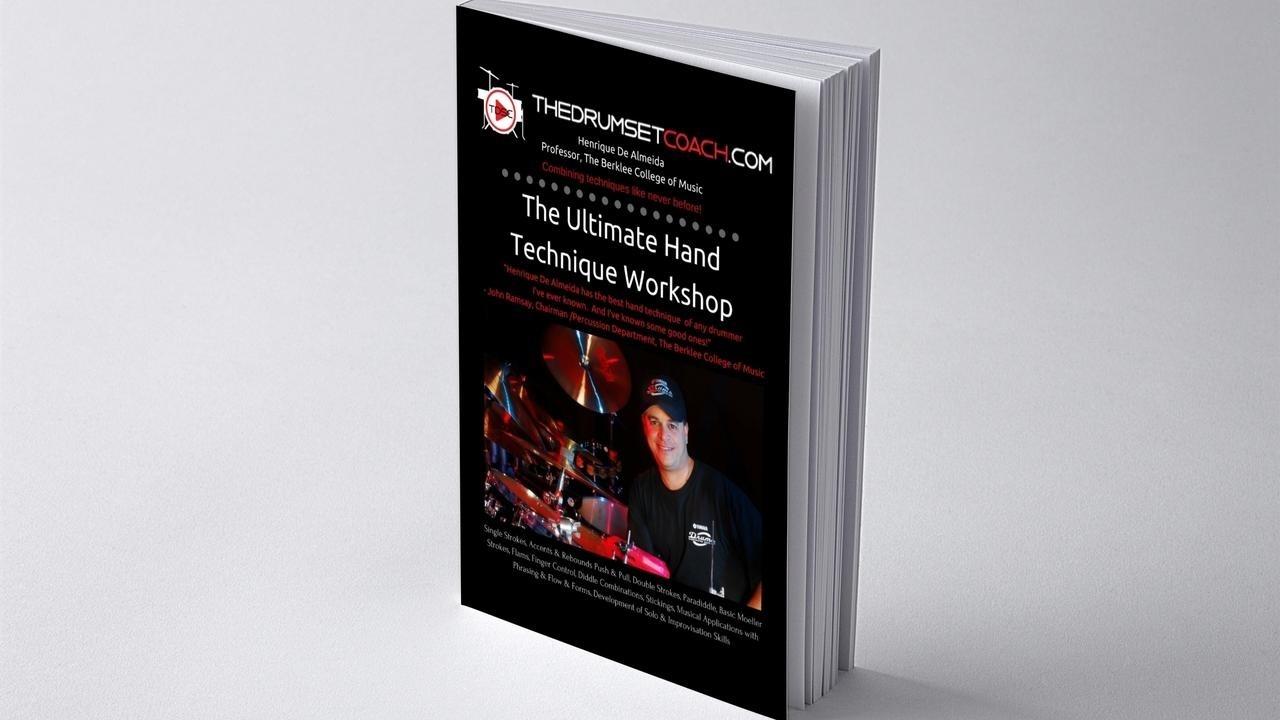 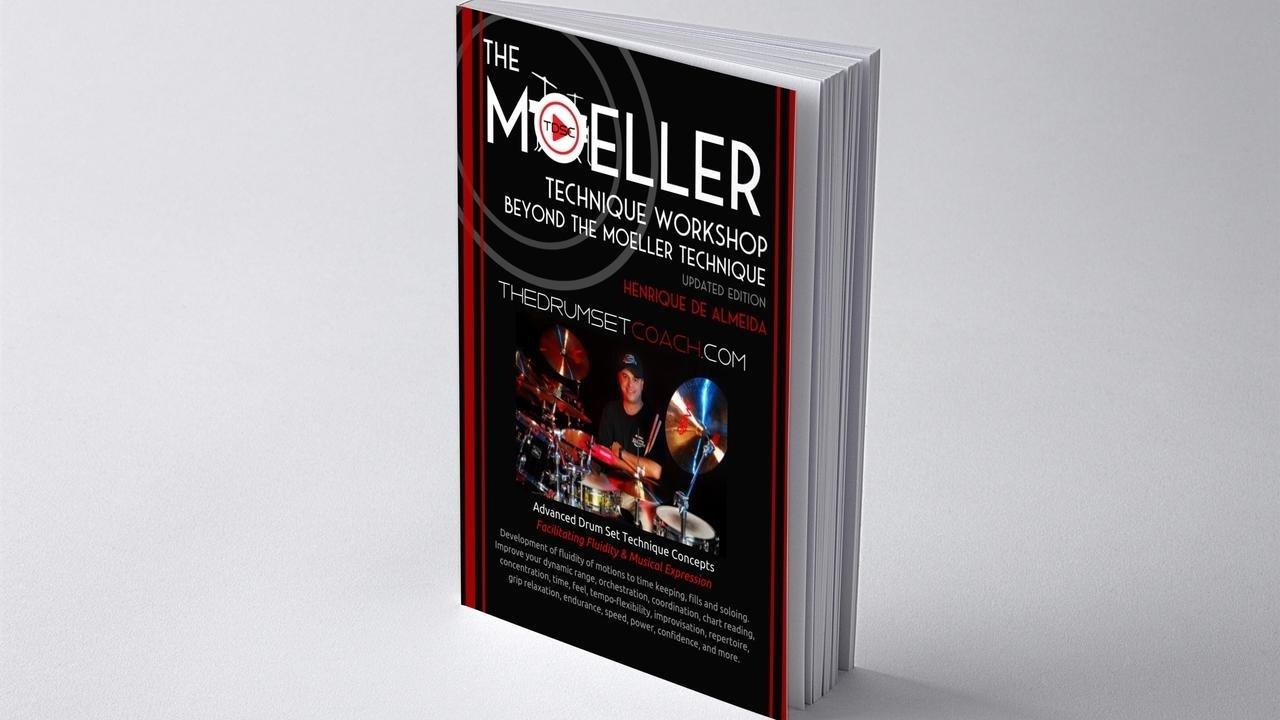 The materials contained in this book were originally compiled to be used in conjunction with my online video lessons,... 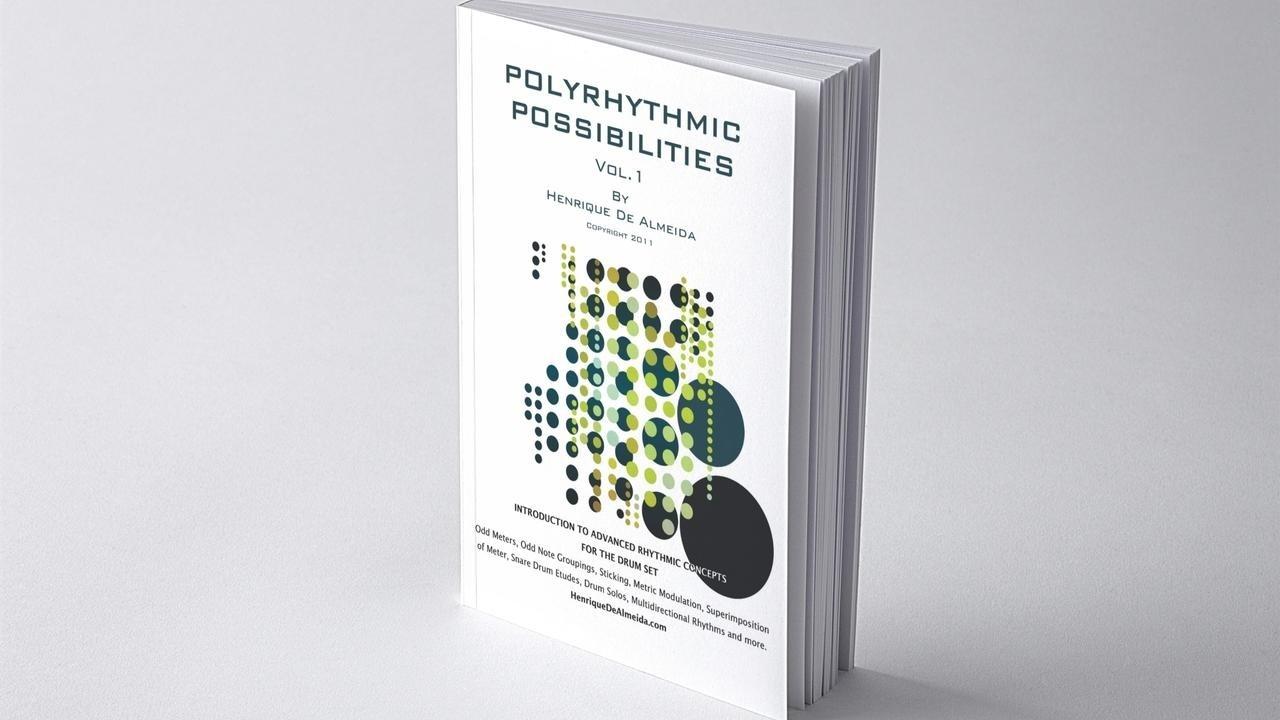 This book contains a vast collection of snare drum solos, drum set etudes and technical exercises that will help you ... 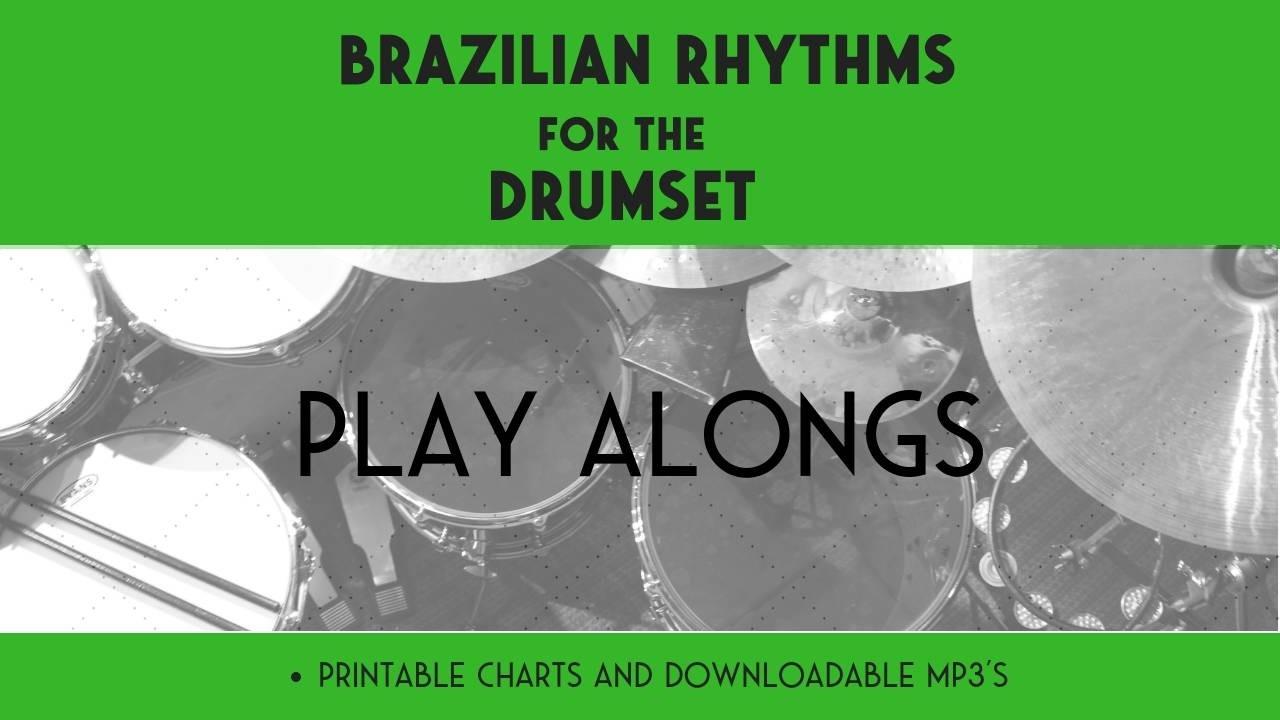 This Brazilian Rhythms package includes 10 charts and tracks with and without drums. Styles include samba de batucada... 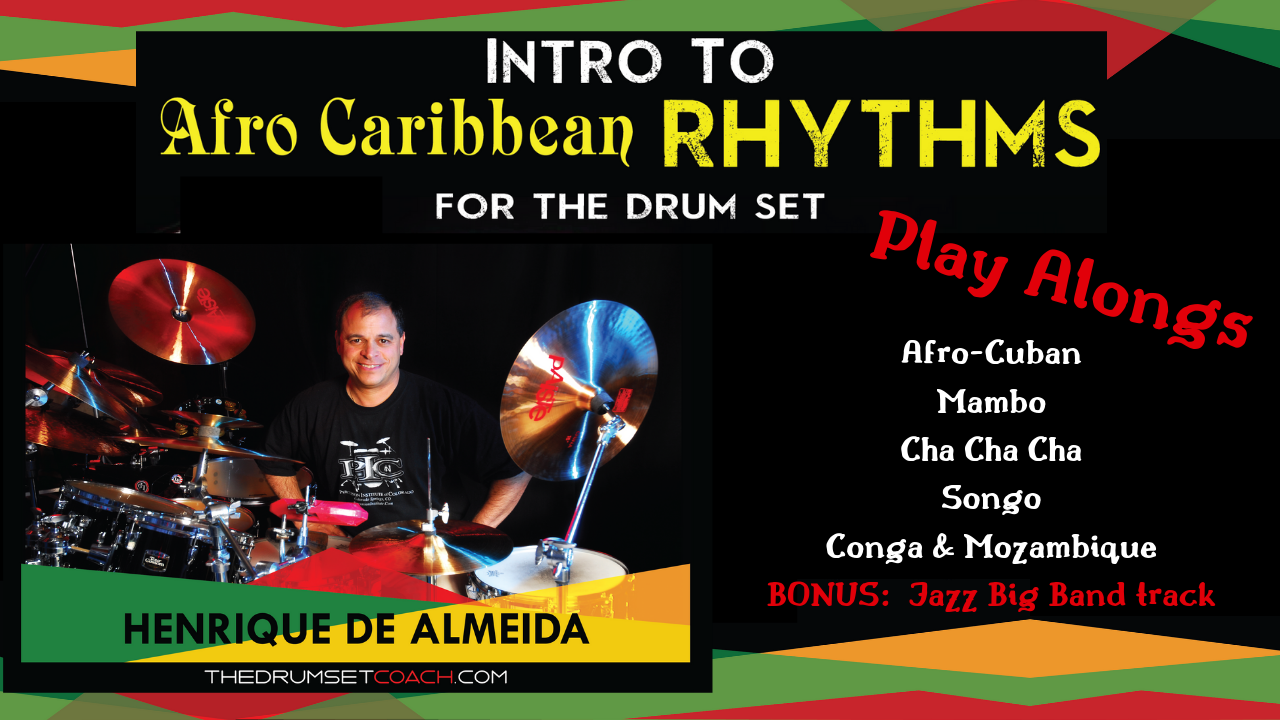 Intro to Afro-Caribbean Rhythms for the Drum Set

This includes play along tracks in the styles of: Afro Cuban 6/8MamboCha Cha ChaSongoConga & MozambiqueAnd a BONU... 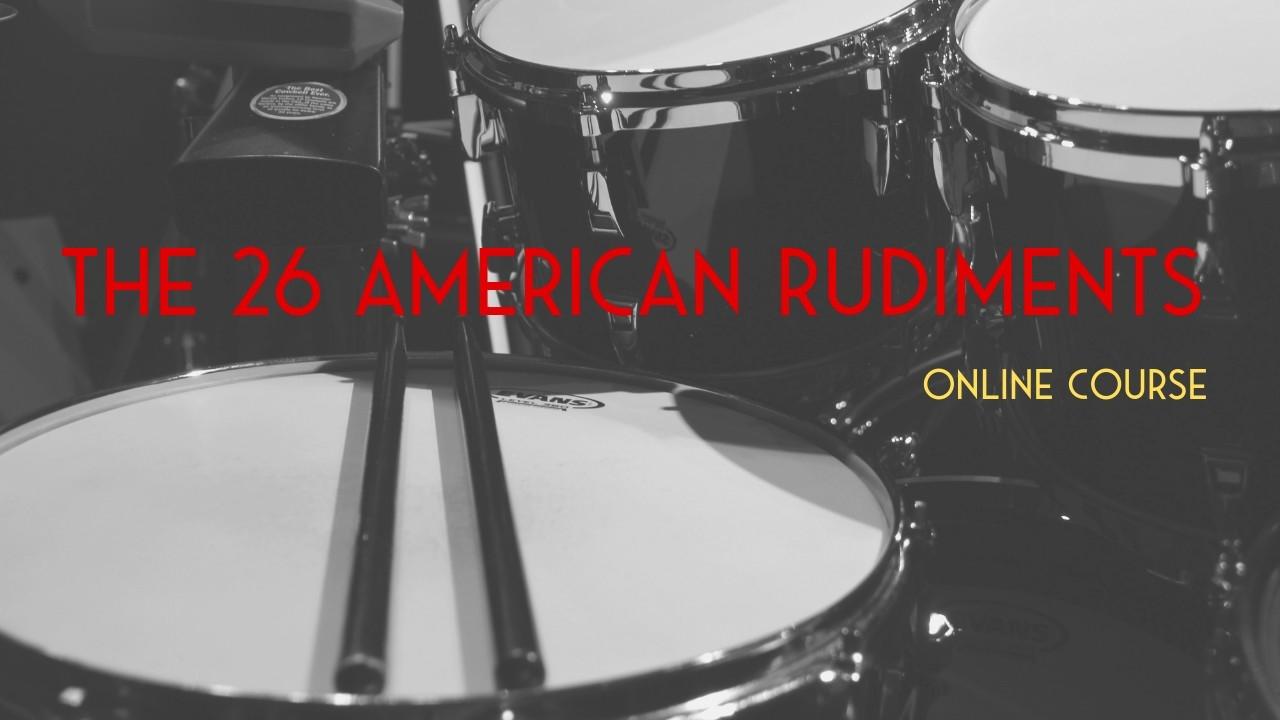 Learn The 26 American Rudiments by family.  You can practice with the videos anytime.    This will mov... 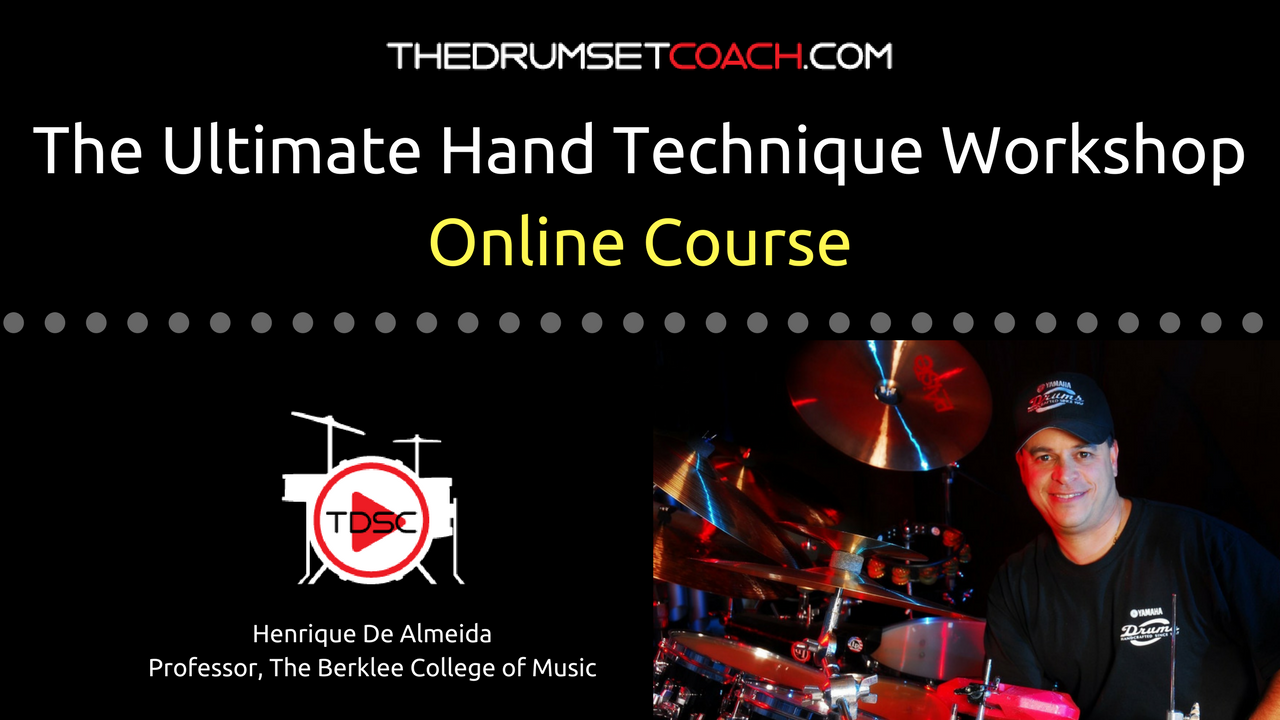 This is a complete course that would normally be about 4 semesters of instruction.  Henrique will give you many ... 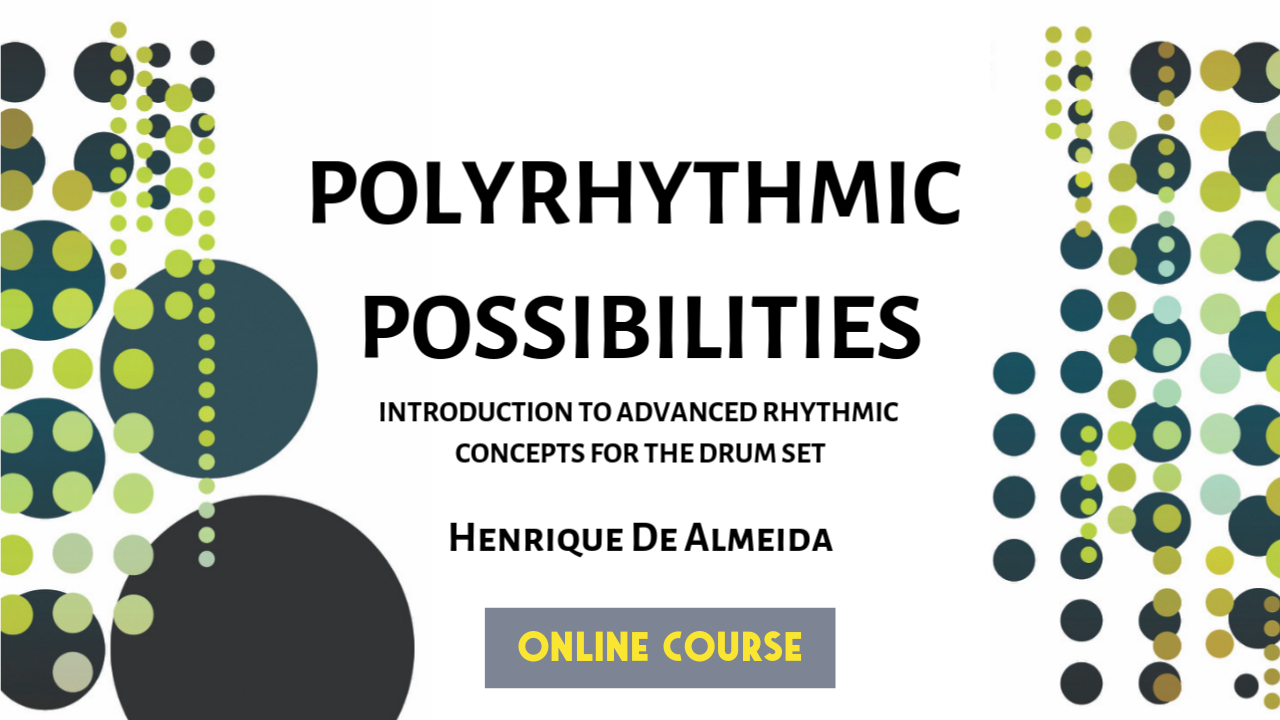 The materials contained in this course were originally compiled to be used in conjunction with my live private d... 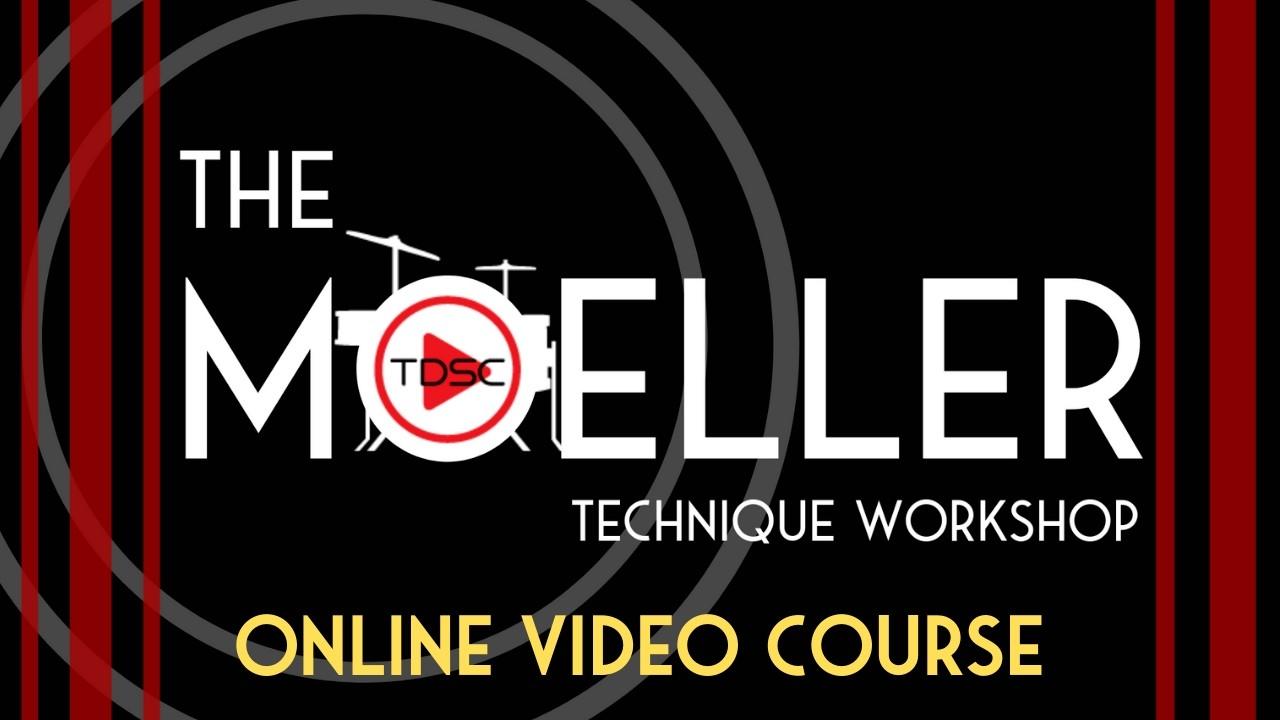 Beyond the Moeller Technique Course

Drawn from the Civil War Era drumming, the Moeller method combines a variety of techniques with the goal of improving... 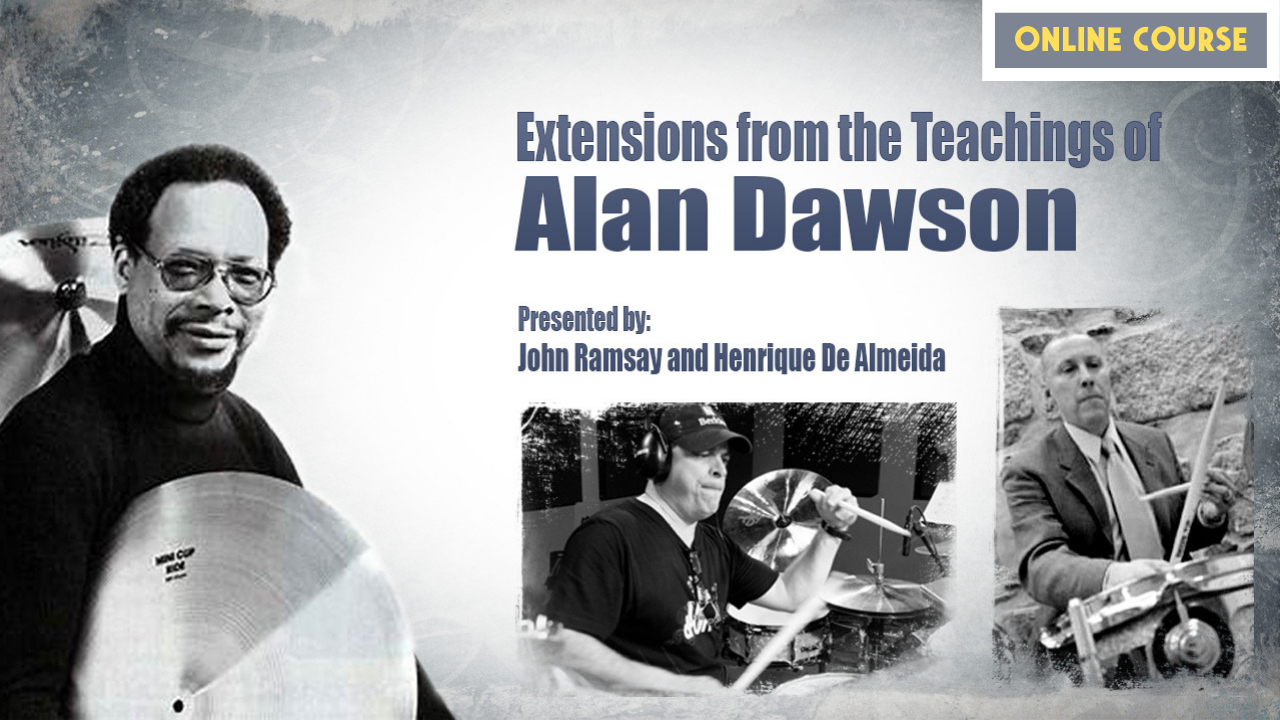 Extensions From The Teachings of Alan Dawson Course

John Ramsay (Berklee College of Music Professor) takes you through some of Alan Dawson's most important teachings and... 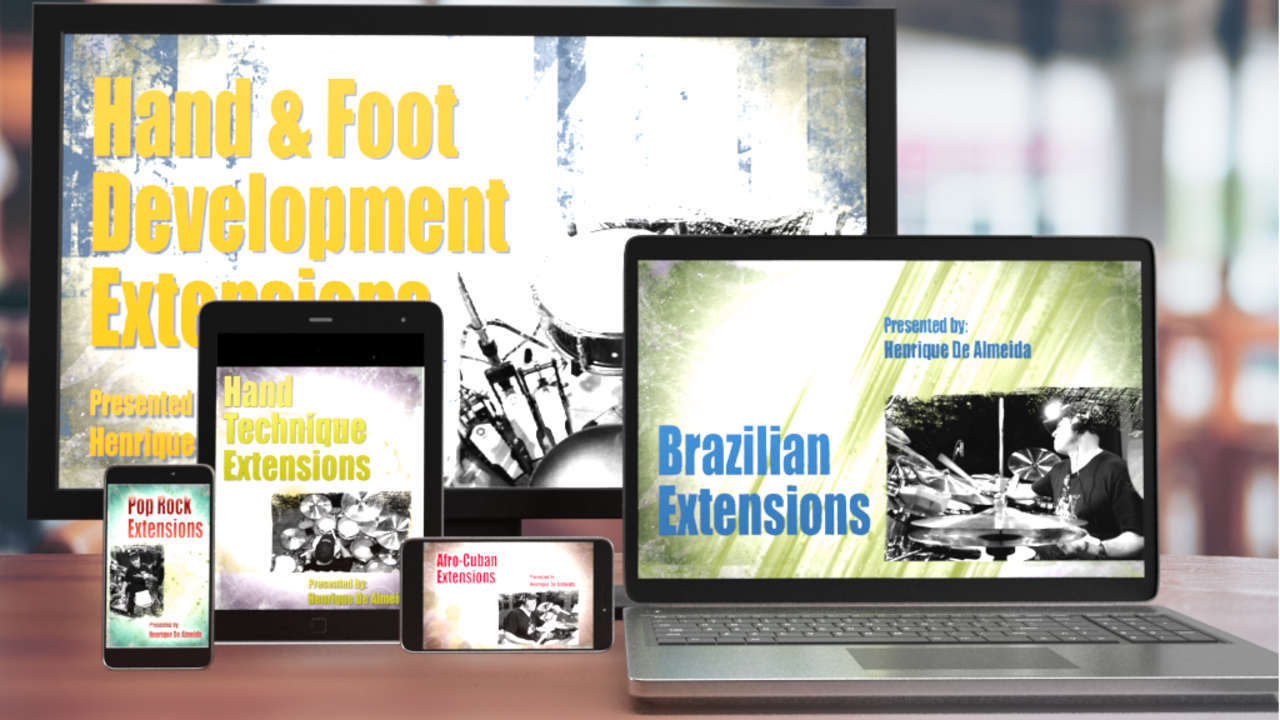 Bonus Extensions From The Teachings of Alan Dawson, Presented by Henrique De Almeida 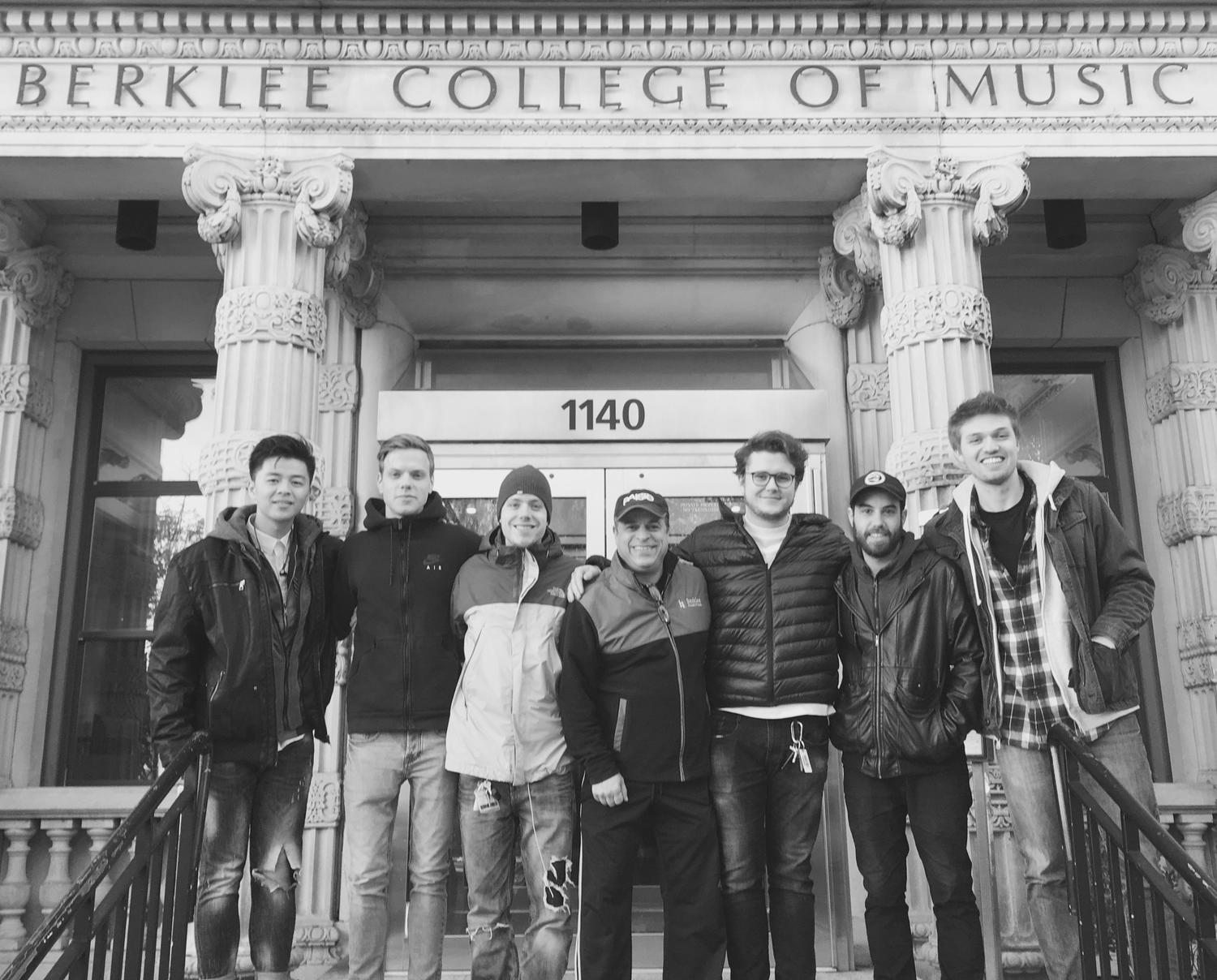 This coach is for REAL!

What others are saying 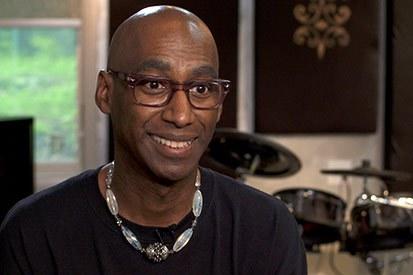 Henrique De Almeida is a master at designing drum set educational materials that are both challenging and informative. He has the gift of being able to impart foundational concepts with clarity, while maintaining a focused direction that will deliver positive results to drummers at many levels of study. Inspiring! 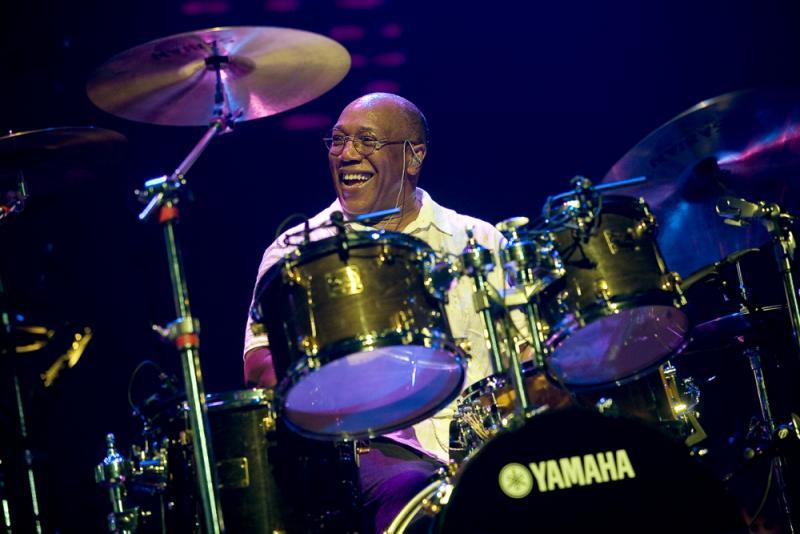 Henrique De Almeida shows strong direction and leadership in his approach to playing the drums. This is a trait that can be passed on to those who choose to abide by his opinions and direction as a consultant and teacher. 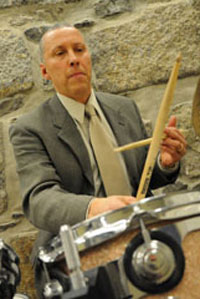 Henrique has quickly become one of the most respected and requested teachers in the Berklee College of Music Percussion Department. In many ways, he is the model and prime example of the Artist/Educator. 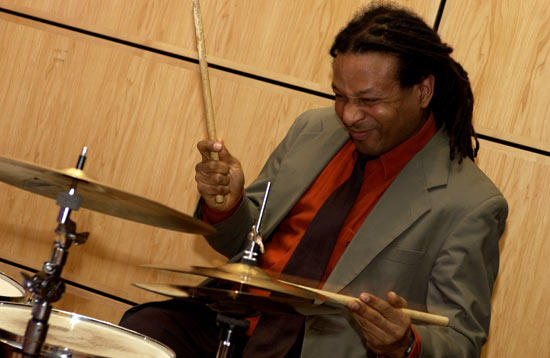 Henrique De Almeida is a very accomplished and virtuosic percussionist, and he is a man with HEART!  Not only does he have his Brazilian tradition but also really understands what we are doing in America.  He is also a master of Polyrhythms!"